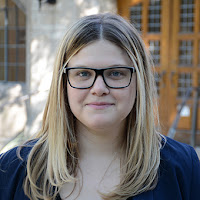 The Office of Sponsored Programs’ new Director of Pre Award, Kelly Morrison, has over ten years of experience in the field of research administration at the department, school, and central administration levels, experience that makes her leadership a great asset to OSP.  She also has an abiding love of and interest in art and art history, which gives her a unique perspective on the research enterprise.

According to Morrison, working with sponsored research is a lot like interpreting artwork.

“When you look at a work of art, it’s important to try to understand it in context of history and the artists’ intentions.  If you try to interpret it separately from that context, you won’t get the most complete understanding,” Morrison said, citing one of her favorite artists, Roberto Matta, a Chilean painter whose works were deeply influenced by political turmoil.

“It’s the same thing with sponsored research: if you’re looking at an agreement, you have to understand it in the context of the scope of work, the budget, and all of those other key elements to get the complete understanding you need.”

This holistic understanding may be one of the drivers of Morrison’s proven successes in the field of research administration.  Most recently the director of the Office for Sponsored Research at Northwestern University’s Evanston campus, Morrison oversaw $850 million in proposals and $230 million in awards each year, including large-scale, multi-institutional awards, master agreements with industry as well as the sponsored programs portfolio of Northwestern’s campus in Doha, Qatar.

While at Northwestern, Morrison provided support and advisement to its interdisciplinary research centers, led functional development and implementation of enterprise systems and reports that supported the research enterprise, facilitated Northwestern’s participation in several cross-sector Manufacturing Innovation Institutes, and led the redesign of cost sharing management across all Northwestern’s campuses.

Her experience developing systems to support the research enterprise will come into play quickly at UVA, as she will play an important role in developing ResearchUVA into a pre-award system.
Coming from New York City and having spent the last ten years in Chicago, Morrison’s transition from urban life to UVA and Charlottesville has been an adjustment, but not an unwelcome one.

“In terms of the surroundings, it’s so beautiful here, no matter where you walk or drive,” said Morrison, adding that the unique culture at UVA has also been interesting to learn.

“There’s a commitment here to the idea of lifelong learning,” she said, observing that OSP is part of that larger context.

“That also applies to where we are in OSP – we’ve undergone a tremendous period of growth and change, and there’s so much more to do.  There’s an appetite for organizational change here, and a focus on research in a deep and meaningful way.”

Morrison already has some critical goals in mind to take the department into the future.  From compliance to customer service, she’s developing a list of priorities that center around people, processes and systems.

“The pre-award team is a very lean group with a large volume of work coming through,” she remarked.

“I am so impressed with and grateful for all the work they’ve done while this position was vacant.”

As Morrison and the team transition into their future state, Morrison says her focus will be on establishing the appropriate infrastructure to support them and their work, and assuring both a high level of compliance and customer service.

Although her work will be focused on ensuring institutional compliance, standard operating procedures, adequate staffing, and establishing processes and best practices, you can bet Morrison will be using the unique insights she has honed through her years as a thoughtful consumer of art:

“Ask questions, seek to understand the context, think about it critically, and interrogate it – just as you do with art.  There’s always a connection.”