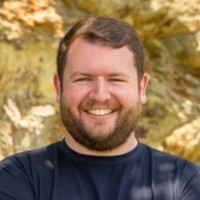 Rick Johnson has joined the Financial Planning & Analysis team as a Senior Financial Analyst. In this role, Johnson will coordinate the process of budgeting tuition and fees across the University, in addition to working with UVA’s multi-year financial plan.

Johnson, a 2013 graduate of Liberty University, has a bachelor’s degree in Business Administration: Finance. He comes to UVA most recently from Sight & Sound Theatres in Lancaster, Pennsylvania, where he wore multiple hats in his role as a staff accountant.

That position combined with his previous experiences in accounting and finance inspired him to further explore the analytical side of the profession.

“Numbers tell a story, and what I most enjoyed in my previous roles was using my analytical abilities to clearly and creatively convey that story to our stakeholders,” he said, adding that he saw a move into higher education as a great opportunity to develop that skill.


Johnson thought that UVA, with its overall reputation for focusing on excellence, would suit him well. 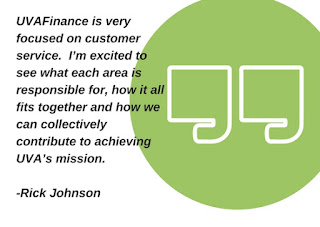 “I’ve quickly discovered that UVA is more complex than other organizations I’ve worked for in the past, and I’m excited to understand more about the university as a whole. In financial roles, you often touch so many different pieces of the organization so, I’m looking forward to learning more about each area and how I can serve them in the best way possible,” he said.

Johnson also looks forward to re-acquainting himself with the mountains and rivers of Virginia via time spent hiking and kayaking. In addition to the “outdoorsy stuff,” he also enjoys playing music and dabbling in songwriting.