In April, Akash Ginjala joined FST’s Technical Workstream as a Workday Integration Developer. It had been some time since Ginjala had been in the university setting, and he loves the higher education environment. The opportunity to use his years of experience with Workday implementations to work on such a large scale project for an academic institution appealed to Ginjala.

“When I learned more about the University of Virginia,” Ginjala says, “I heard about the beauty of the campus—of Grounds.”

The urge to explore UVA’s historic Grounds sealed the deal for Ginjala. Unfortunately world events have intervened, and he hasn’t been able to explore as much as he’d like. Here’s hoping that Ginjala will be able to explore Grounds more as things become safer out there.

Along with colleagues on the technical team, Ginjala will work on the integrations between Workday Financials and other third-party systems in use at UVA. He and the team are participating in architect sessions, seeking information that will help them draw conclusions about what system integrations will need to be built.

Ginjala says, “The architect sessions are interesting and engaging. There’s a huge learning curve on other systems and processes at UVA.”

Outside of work, one of Ginjala’s favorite things to do is travel. Since moving to the U.S. five years ago, he’s seen many of the states and still has more to go. Florida is one of his favorites, and he’s been several times. He enjoys visiting the Florida Keys and participating in the many activities available there. 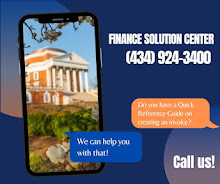